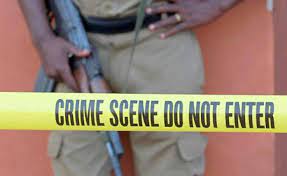 Kamuli, Uganda Police in Busoga North have mounted a search for Waiswa Katende, who is suspected to have killed a seven-year-old boy, John Isabirye, after his parents failed to raise a 50 million Shillings ransom.

Waiswa is reported to have kidnapped Isabirye from her parent’s home in Bulyango village, on Saturday night at around 8 pm. He subsequently made phone calls instructing Isabirye’s parents to pay him the ransom before midnight or risk losing their son.Upon realizing that the parents had failed to raise the ransom fee, he instructed them to give him 80,000 Shillings, which would enable them to locate their son.

Isabirye was strangled and dumped in a sugarcane plantation in Mutukula village, Namwendwa sub-county, Kamuli district. It is alleged that the kidnapper later called the child’s father Robert Isabirye to alert him on where to find his son’s body, before switching off his phone.

The boy’s remains were picked up by police and delivered to Kamuli General Hospital mortuary for postmortem. Isabirye told journalists that Waiswa resides in the neighbouring village of Mutukula and he has been a daily fuel client from his retail stall, which contributed to the closeness with his children.

Isabirye further says that all his children are fond of Waiswa who interacts with them whenever he comes to purchase petrol from a retail stall located outside their residential house and he suspects that Waiswa lured the child from home on hospitality grounds, only to kill him.Meanwhile, the Busoga North police spokesperson Michael Kasadha notes that efforts of hunting down the suspect have been boosted by intelligence agencies from other sister security organizations, which he says will ease arrest. Kasadha adds that Waiswa will face two counts of kidnap and murder.