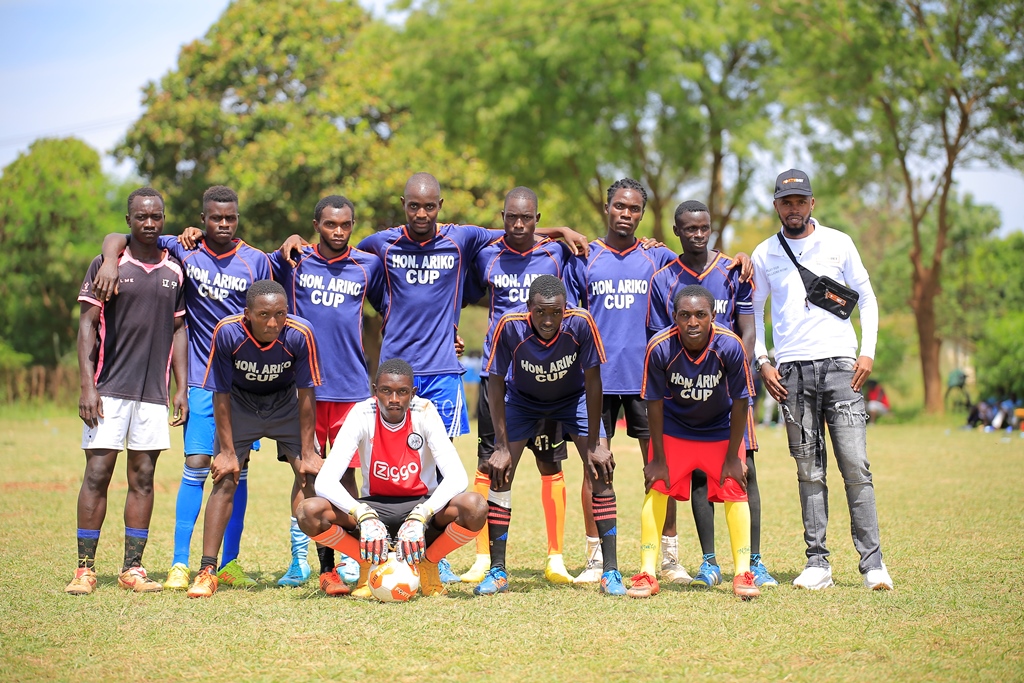 It was not just playing football but also lots of winning gifts and merry-making in general. All this happened at Hilder’s P/S playground last Saturday, a day that Fortebet-Alex Muhangi soccer tour stormed Soroti City.

The tour started with a give back to the community, specifically donating a number of daily-use items to the needy children at St. Francis Rehabilitation Centre.

Muhangi gave all the 8 participating teams jerseys and ball plus cash.

Fortebet and Muhangi then proceeded to the football battlefield, where the clash for the champions took place. Eight teams representing the 7 Fortebet branches then battled out in knockout encounters until the victors, Soroti Market branch emerged.

The victors took on Muhangi’s team, in a match that was full of talent show-off.

Another teams ahead shortly before aclash.

As usual, these victors were prized with 500,000/=, footballs and club jerseys. The second placed team was also prized with 300,000/=, balls and jerseys while the other 6 teams were given a cash facilitation, jerseys and balls.